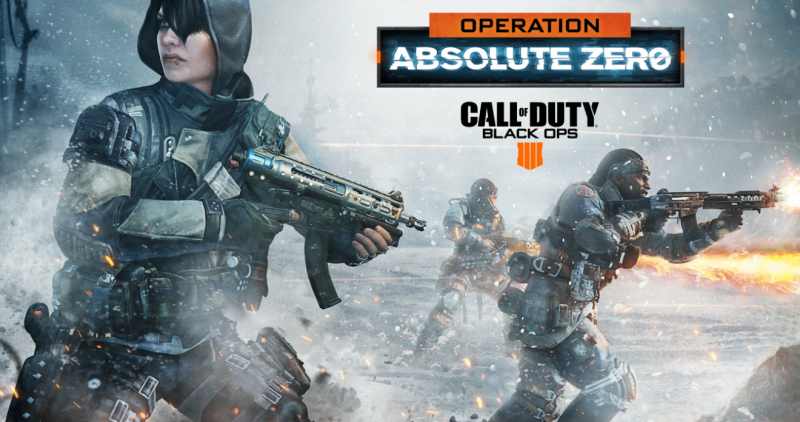 Treyarch has been on a content spree recently with a bunch of new releases for their latest title Call of Duty: Black Ops 4.

For starters, they just put out a special edition Battle Edition which includes just the Blackout battle royale mode and the Multiplayer mode. The Zombies mode has been removed to save players money and make it easier to hop on the bandwagon before the holidays.

Players can add on Zombies later on if they like the game. This makes it easier for people to try out the latest Black Ops game and is currently available for a special price on the Battle.net marketplace.

Treyarch also released a new in-game free content update today for PS4 owners called Operation: Absolute Zero. This new content pack is the game’s first DLC and features a new specialist, weapons, and maps. Other consoles will be receiving the DLC in just a few days.

But that’s not all, they also put out more content for Black Ops Pass owners.

Players will also get two new maps called Madagascar and Elevation. Activision says that Madagascar is a large map while Elevation is a medium map. Both are multiplayer maps.

Zombies fans will also get a new map called Dead of the Night, which was revealed yesterday and features Charles Dance, Kiefer Sutherland, Helena Bonham Carter, and Brian Blessed portraying characters within the Chaos storyline. This storyline previously featured in Voyage of Despair and IX.

Activision also put out a new trailer to show off all these contents. You can check it out below:

Call of Duty: Black Ops 4 fans will have a lot on their plate this holiday.