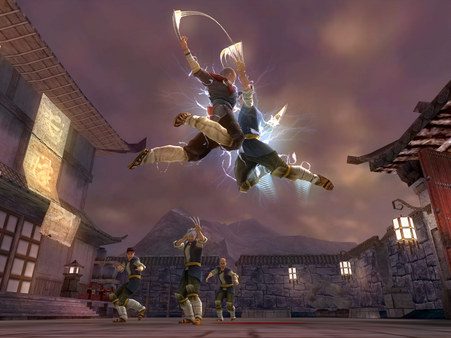 Well, it appears that EA is at it again. This time, they’ve filed for a trade for the Jade Empire title. Remember that? From 15 years ago?

EA submitted an application for Jade Empire, which you may or may not have heard of before. The original game rolled out on the original Xbox back in 2005 and was developed by BioWare. They’ve dropped off this franchise and are better known for their more recent works, which are Mass Effect and the upcoming Anthem (which has a free demo weekend right now). This was confirmed to be filed on January 22, 2019.

Jade Empire was an action RPG which was similar in play style to modern ARPGs. The game had quick movements and dynamic scenes with plenty of fighting action. The game was a decent hit and many fans like the style of it. Jade Empire was released, then BioWare was bought out by EA two years later in 2007. This was when Mass Effect started its release.

However, they’ve submitted a trademark for Jade Empire and this only means they have plans for it. or maybe they just don’t want others to use the name. Many companies do this, like Nintendo who re-buys many trademarks on super old games that are now obsolete and forgotten. And BioWare is busy with Anthem, so EA has to step in and trademark the franchise before someone else snags it up.

We may or may not see EA do anything with Jade Empire, but at least we know they’re still willing to hold onto their properties. Who knows what they’ll do. Jade Empire 2? Jade Empire remaster? Nothing? We’ll have to see. BioWare probably doesn’t have the resources to focus on that right now as they’re tied up with Anthem, which is due to release on the 22 of this month. You can jump on the demo right now to get your fix before the full game rolls out.