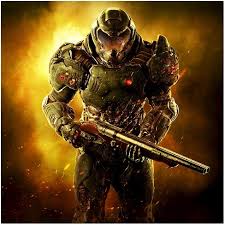 Doom was released back in 2016, and we just found out the last easter egg hidden in the game’s soundtrack.

Although this took quite some time, it’s understandable given that Doom did its launch, and then trailed off into the back of gamer’s minds as many AAA titles have released since then. But that doesn’t mean everyone’s over the game. Some people were still hunting for that last easter egg- and just two days ago, it’s been finally discovered.

The easter egg was discovered by a person named Nick White on Twitter. He tweeted at Mick Gordon with the question posing confirmation if this was indeed the final easter egg. He found that there was a hidden message in the track “Authorization; Olivia Pierce” which takes place as the seventh track on the OST.

White used the music editor Ableton, which could increase the pitch of the track. At the 50-second mark, you can hear Olivia Pierce say out loud:

“You could have not saved them anyway”

Which is a quote she says in the actual game?

Gordon replied that this was indeed the final easter egg and told White to “rock on.” Gordon is currently working on music for another game he’s working on.

Big-ups to @nick_w94, who found the final @DOOM soundtrack easter egg a little over 2 years after release.
Rock on dude!🤘😼🤘 https://t.co/UdYwmYGS8v

As for White, he gets the honor of being the person to hunt down the final easter egg. How he managed to think of raising the pitch is way beyond anything I’d ever consider, but alas, someone’s found it. Finally.

Doom is still the latest entry into the series before the next one rolls out. If you haven’t played it already, you can pick it up for cheap pretty much anywhere. And yes, the soundtrack is awesome, whether you’re looking for easter eggs or not.