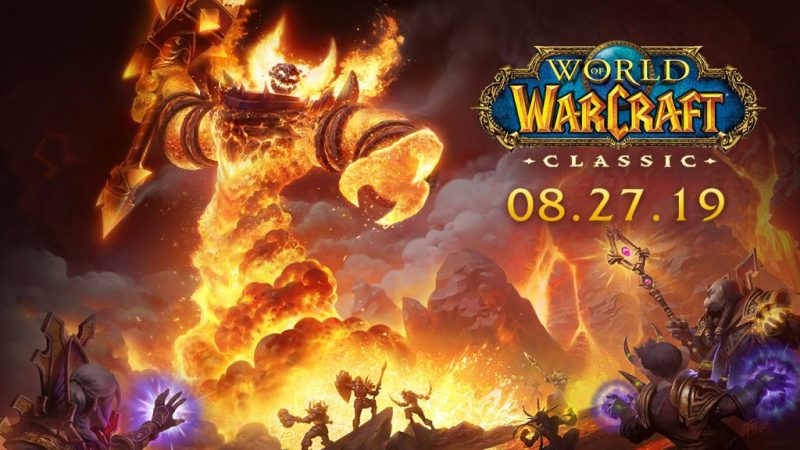 World of Warcraft Classic has been confirmed to be launching on August 27.

Blizzard announced on Tuesday that the official launch date will be in August. The long-awaited release date for WoW Classic has been finally revealed, so players now can start getting ready for their trip back to patch 1.12.

WoW Classic will be able to start from 1.12 Drums of War. The game will be released in waves, dictated by a WoW roadmap Blizzard has released. Gear and equips also will have their own rollout. And the WoW Classic account limits have also been explained.

Before the game actually goes live, there will be a beta and stress test for the servers.

The original tweet on Twitter had fans going crazy with over 30K likes at the time of this writing. World of Warcraft defines the MMORPG of the 2000s and plenty of fans are still playing it. The classic WoW experience didn’t include any of the expansions nor updates released during the course of the game’s life.

Back in 2016, many private servers began shutting down and fans were scared. A year later, Blizzard then revealed that they’ll release their own version of WoW Classic, which seems to be what the fans want, as many private servers offered a rollback vanilla experience throwback.

Blizzard’s plans for server stress testing and beta testing are listed below. Players who opt-in for testing on their account must have an active su to Blizzard and will be chosen randomly.

The WoW Classic beta starts on 5/15 and there will be three waves where players can play the game temporarily on these dates:

Starting on August 13, players can register their own name for their character. Blizzard will then launch WoW Classic on 8/27, and then add in original WoW content following the release of the game.